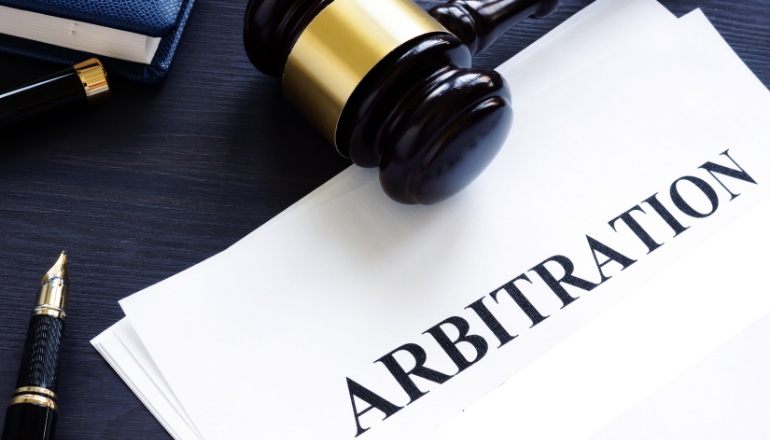 2. LEGAL FRAMEWORK OF EMERGENCY ARBITRATION ACROSS THE WORLD

2.1 The UNCITRAL Model Law defines ‘arbitration’ as any arbitration whether or not administered by a permanent arbitral tribunal. Thus, though indirectly, the Model Law allows the inclusion of emergency arbitration.

2.3 However, due to inconsistent enforcement procedures, the major concern of the parties involved, is the enforceability of the award passed by an EA. Considering the same, few countries have taken a forward step by amending their arbitration legislation to give recognition to the Emergency Arbitration and to allow effective enforcement of the Emergency Awards, such as below:

(i) Singapore[1] amended its International Arbitration Act to include EA within the definition of the arbitral tribunal.

3.1 The first requirement for seeking emergency relief is the existence of a contract containing an institutional arbitration clause.  On the basis of the terms of the clause, a party may make an application to the chosen arbitration institution for the appointment of a sole and temporary EA.

3.2 To initiate emergency arbitration, a party is required to establish through their application that:

(a) Fumus boni iuris: the likelihood of success on the merit of the case; and

(b) Periculum in mora: that if urgent relief is not granted, the party would suffer grave and irreparable loss.

3.3 On being satisfied with the abovementioned factors, the arbitration institution may appoint an EA on the basis of the agreement of the parties. Further, the party is required to serve a notice to the other party. Thereafter, EA commences the proceeding to address the claim of emergency relief by giving reasonable opportunity to all the parties to be heard. On the basis of the oral and written submissions, EA may grant such interim relief. The Emergency Arbitration proceeding is required to be completed as per the timeline provided by the Arbitration Rules. Usually, it takes eight to ten days to conclude an emergency arbitration. By the virtue of Arbitration Rules, the EA has been vested with the authority to rule on his own jurisdiction. Once the EA concludes the proceeding and passes the award, his functions become functus officio. Further, the award passed by an EA remains ‘interim binding’ till the formation of an arbitral tribunal, and it may be amended by a subsequent award of the arbitral tribunal.

4. THE LEGAL POSITION OF EMERGENCY ARBITRATION IN INDIA

4.1 In India, the Arbitration and Conciliation Act 1996, as amended (“Act”) governs all kinds of arbitration proceedings. The provisions relating to interim relief are provided under Section 9 and Section 17 of the Act. Section 9 lays down the provision for obtaining interim relief from the competent court at any time prior to the enforcement of an arbitral award. While, under Section 17, interim relief can be obtained from arbitral tribunal only after its composition. However, the Act does not provide any provision for Emergency Arbitration.

4.2 In 2014, the Law Commission of India through its 246th Law Commission Report recommended to amend the definition of ‘arbitral tribunal’ under Section 2(1)(d)of the Act. The recommendation was intended to encourage institutional arbitration and to reduce the judicial interference of the court by giving statutory recognition to the appointment of an EA. The Proposed Section reads as follows:

However, the recommendation of the Law Commission was not incorporated in the Arbitration & Conciliation (Amendment) Act of 2015.

(ii) Court of Arbitration of the International Chambers of Commerce-India under Article 29 of the ‘Arbitration and ADR Rules’ r/w Appendix V lays down provisions of EA and Emergency Arbitration;

4.4 However, the issue pertaining to enforceability for an award of EA whether passed by Indian or foreign arbitration Institution still subsists in India.

5. ENFORCEMENT OF EMERGENCY ARBITRATION IN INDIA

5.1 As discussed, Indian legislation has not given legal recognition to emergency arbitration which makes enforcement of emergency arbitral awards quite difficult in India. However, Indian courts have paved a way for the parties by allowing them to initiate a proceeding under Section 9. The pro-enforcement approach of Indian courts has been seen in several judgements, and few are listed below:

5.1.2. Similarly, in Raffles Design International India Private Limited & Ors. v. Educomp Professional Education Limited & Ors[7], the parties entered into an agreement consisting of an arbitration clause governing by the law of Singapore. They resorted to EA as per SIAC for an interim relief which was granted and enforced under Singapore Laws. Thereafter, an application under Section 9 was filed by the party who obtained the relief to restrict the opponent party from disobeying the relief granted by the EA. The Delhi High Court allowed the application and observed that:

“99. In the circumstances, the emergency award passed by the Arbitral Tribunal cannot be enforced under the Act and the only method for enforcing the same would be for the petitioner to file a suit.

100. However, in my view, a party seeking interim measures cannot be precluded from doing so only for the reason that it had obtained a similar order from an arbitral tribunal. Needless to state that the question whether the interim orders should be granted under section 9 of the Act or not would have to be considered by the Courts independent of the orders passed by the arbitral tribunal. Recourse to Section 9 of the Act is not available for the purpose of enforcing the orders of the arbitral tribunal; but that does not mean that the Court cannot independently apply its mind and grant interim relief in cases where it is warranted.”

5.1.3. Recently, in Future Retail v Amazon.com Investment Holdings[8], the Delhi High Court dealt with the legality of emergency arbitration and upheld the emergency award passed by the EA under SIAC Rules. The Court held that:

(iii) section 2(6) and section 19(2) give complete freedom to parties to authorize an institution to determine the disputes between them and also agree on the procedure to be followed by the arbitral tribunal in conducting the proceedings.