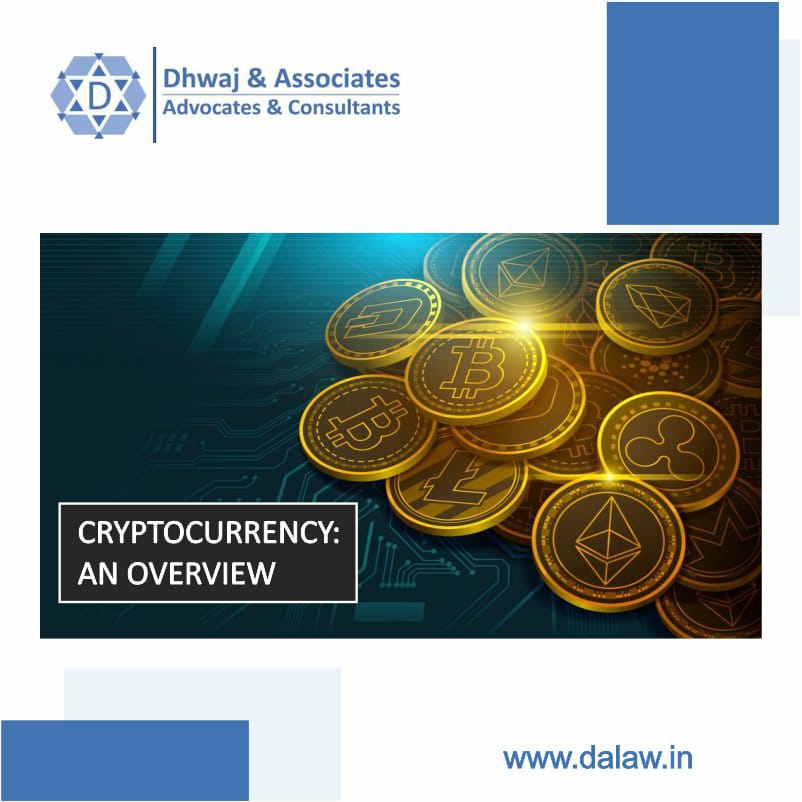 Ever since the evolution of virtual currencies (“VCs”) in 1980s, a continuous rise in the popularity and prevalence of the VCs has been seen around the world. Many consider waning trust in governmental institutions, a major cause of ongoing worldwide financial revolution. Cryptocurrency is a kind of VC, which is used as a medium of exchange for “peer to peer” (people to people) transactions. Unlike fiat currency, such transactions are “decentralized” and not controlled or regulated by the government or centralized banks.

RBI vide circular dated 06 April, 2018 namely ‘Prohibition on dealing in Virtual Currencies (VCs)’, (“RBI Circular”) issued directives to Payment System Providers/Institutions to stop doing business with cryptocurrency exchanges. It however, did not stop and/or comment on the public owning cryptos.

(c)  Supreme Court Ruling on the RBI Directive on Cryptocurrency:

The Hon’ble Supreme Court in Internet and Mobile Association of India v. Reserve Bank of India[4], struck down/set aside the directive issued by the RBI on VCs on the ground of ‘Doctrine of Proportionality’, observing that – ‘While we have recognized …., the power of RBI to take a pre-emptive action, we are testing in this part of the order the proportionality of such measure, for the determination of which RBI needs to show at least some semblance of any damage suffered by its regulated entities (VCs). But there is none. When the consistent stand of RBI is that they have not banned VCs and when the Government of India is unable to take a call despite several committees coming up with several proposals including two draft bills, both of which advocated exactly opposite positions, it is not possible for us to hold that the impugned measure is proportionate.

Therefore, in the light of the above discussion, …… the impugned Circular dated 06-04-2018 is liable to be set aside on the ground of proportionality’.

The Parliament has proposed to introduce the Cryptocurrency and Regulation of Official Digital Currency Bill, 2021 (“New Bill”) in winter session of Parliament. The new Bill will provide a framework for the creation of official digital currency as legal tender in India. It also seeks to prohibit all private cryptocurrencies. However, it allows certain exceptions to promote the underlying Blockchain Technology of cryptocurrency and its uses.

The Financial Bill 2022 proposes to put 30% tax (the highest tax band in the Country) on any income from transfer of any Virtual Digital Assets (VDAs) i.e. cryptocurrency applicable from 1 April 2022 onwards. The highest rate of 30% tax is regardless of the holding term, bringing VDAs on par with gambling and betting.

Except for the expense of acquiring digital assets, no deductions will be allowed. Losses on the sale of these digital assets cannot be offset against other sources of income. Further, TDS of 1% will be charged if the threshold is exceeded. However, the Finance Bill exempts ‘specified persons’ (individual or HUFs) having turnover/gross receipts within a specified threshold from the obligation of TDS. For cryptocurrencies given as gifts, the tax will be incurred by the recipient.

People who do not have a PAN Card will no longer be able to trade in these VDAs. As a result of the TDS, the KYC aspect has now become essential.

The move to impose the highest tax band on VDAs by the government is done to deter people from entering the space. However, despite speculation about a cryptocurrency ban, a defined tax regime is a step toward the government’s acknowledgment of cryptos.

As of now, it is not certain how the Indian government will regulate the cryptocurrencies. The New Bill intends to prohibit all private cryptocurrencies. Consequently, the whole idea behind the decentralization of currency may go in vain.

Interestingly, the government has proposed to introduce digital currency. Which essentially translates to rupee in an electronic form, that can be used in contactless transactions. The Central Bank Digital Currency (CBDC), RBI’s digital currency may be introduced in 2023.

Despite this, the Supreme Court’s observation that there must be empirical data to justify the ban on cryptocurrency cannot be overlooked.

6. SOME PERTINENT QUESTIONS FROM TAX EXPERTS –

Q. Why despite Tax being imposed on cryptocurrency, it has not been classified/legitimized as a legal asset?

Q. If an investor has mined crypto, then could the cost of the mining setup be set off against the sale of cryptocurrency?

Q. Applicability of the proposed scheme whether prospective or retrospective for the purpose of set-off up till April 2022?

Q. Since the identity of the Seller is not known to the Buyer, on whom the TDS payment obligation befalls?

Q. How do you deal with taxes on international exchange transactions and which are not registered within the country?

Q. Whether taxes can be avoided by performing peer-to-peer or P2P transactions that requires going through decentralized exchanges and which would render it difficult or impossible for the government to track the transaction?

Q. Whether the exemption to Specified Persons (Individuals/HUFs) be used as an impasse by Whales permitting fraudulent transfer of the VDAs?

*“The content of this Article does not necessarily reflect the views/opinions/position of Dhwaj & Associates but remain solely those of the author(s). We would be pleased to know our readers comments/opinions on above questions and for any further queries or follow up please contact Dhwaj & Associates at info@dalaw.in”

[4] Internet and Mobile Association of India V. Reserve Bank of India, Writ Petition (Civil) No.528 of 2018