WHAT FUTURE HOLDS FOR NEO-BANKS IN INDIA? 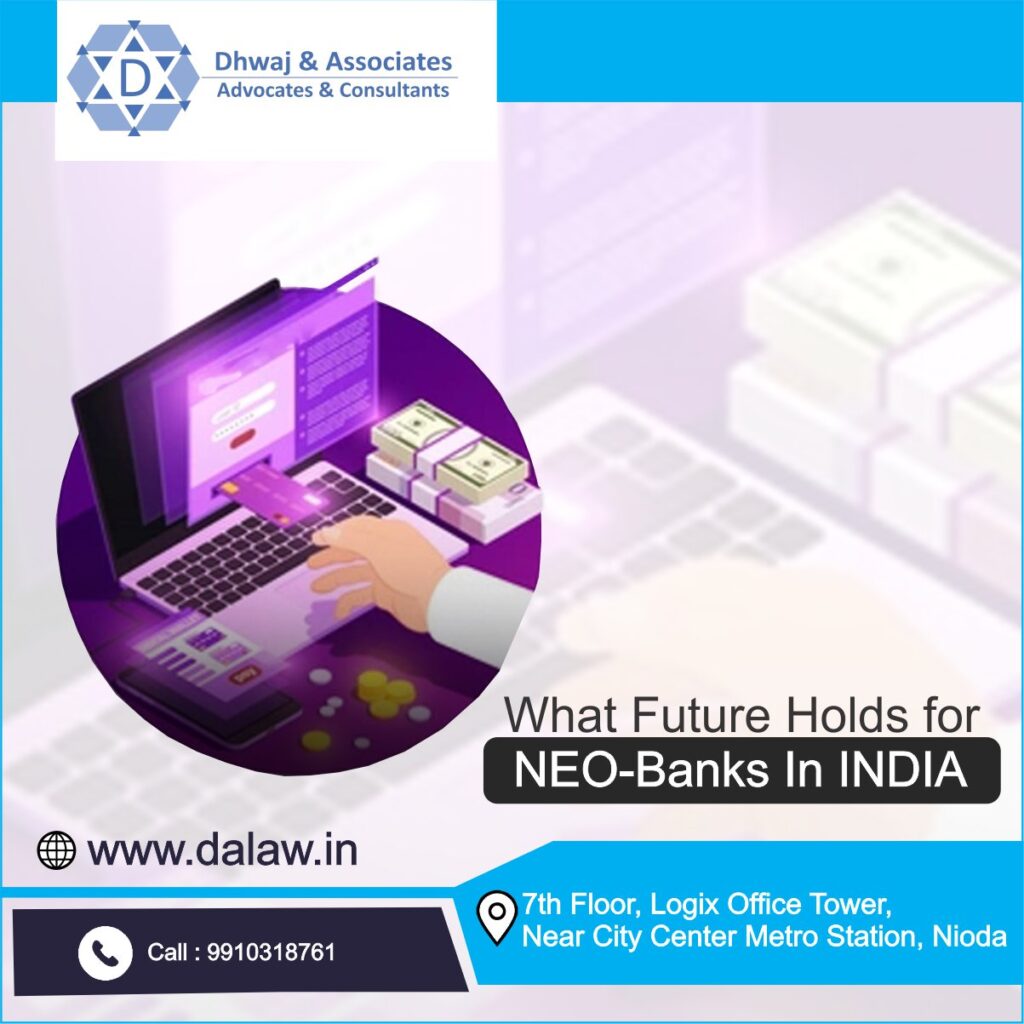 WHAT FUTURE HOLDS FOR NEO-BANKS IN INDIA?

1.1. It is rightly said that this era is an era of technological evolutions. With digital innovation and intrusion of information technology (IT), yet another sector (read: banking sector) is reforming with the emergence of neo-banks. As per the report of Statista, neo-banks are growing with the annual average rate of 50% and are expected to reach the market size of over two (2) US$ by 2030[1].

The neo-banks work on the “business as a service” model. There are mainly three models on which neo-banks provide services to their customers:

3.1. In India, banking services are regulated by the Reserve Bank of India (RBI) under the Banking Regulation Act 1949 (Act). As per section 22 of Act, no one can carry the banking business unless it has obtained license from the RBI. On 01.07.2016, RBI via Master Circular-Mobile Banking transaction in India-Operative Guidelines for Banks laid down that “banks which are licensed, supervised and having physical presence in India, are permitted to offer mobile banking services”[4]. Consequently, since it is mandatory for an entity to have physical presence in India for providing banking services, neo-banks are not governed and licensed in India. That’s why neo-banks such Jupiter, Niyo, RazorpayX have collaborated with the traditional banks for providing their services in India.

i. ‘Financial Inclusion by Extension of Banking Services–Use of Business Correspondents (BCs)’[5] dated 28.09.2010;

iii. ‘Guidelines for Managing Risks and Code of Conduct in Outsourcing of Financial Services by Banks’[7] dated 03.11.2021.

ii. The entities acquiring license (“Licensee”) would be subject to regulatory sandbox framework and monitoring of RBI;

iii. Basis on the performance of Licensee within the regulatory sandbox framework, the initial set of restrictions imposed on Licensee could be progressively relaxed to a Full Stack Business bank license (as issued by the UK).

Considering the present regulatory framework for banking in India, it seems quite challenging for neo-banks to carry their business operations on stand-alone basis. However, if the necessary regulatory and legal support is provided, neo-banks can become a promising option for the customers. It can’t be denied that neo-banks are cheaper, convenient, transparent in comparison to traditional banks and, with progressive regulatory backing, neo-banks can become the future of banking in India. NITI Aayog has also recommended in favor of bringing the neo-banks within the regulatory sandbox. Therefore, if the steps are taken in the recommended direction, neo-banks may transform the prevalent banking systems in India.